Health
Connecting the Dots
Ideastream Public Media investigates how racism contributes to poor health outcomes in the Cleveland area and uncovers what local institutions are doing to tear down the structural barriers to good health.

The rate at which Black babies in Summit County died before reaching their first birthdays dropped in 2020, according to data presented Wednesday during Akron's Health Equity Summit.

Between 2013 and 2017, the county's Black infant mortality rate per 1,000 births was more than 14, according to Full Term First Birthday Greater Akron. In 2020, the rate dropped to just over 10. Health officials were grateful for the news.

"To see that we are at 10 in Black infant mortality is huge. It's still bad, but I'm glad to see that it's going down," said Tamiyka Rose, Akron's Health Equity Ambassador, who leads Full Term, a collective tasked with addressing infant mortality in Summit County. "I have to thank you, the community health workers, who are getting to the moms and talking to them at 2 a.m."

It was a rare piece of good news presented at the conference convened to discuss racial disparities in health care and to find equitable solutions to help those who have been historically disenfranchised. In Summit County, Black people died at greater rates of COVID-19, heart disease, cancer, accidents, including overdoses, chronic lower respiratory problems and Alzheimer’s disease, data showed.

Although the drop in Black infant mortality was welcome news, Shaleeta Smith, of Summit County Public Health, said there was still much work to be done. Black infants continued to die at greater rates than their white peers, the data showed. In 2020, only five white infants died per 1,000 births.

That disparity exists across the country, according to figures from the Centers for Disease Control and Prevention (CDC). In 2019, nearly 21,000 infants died nationwide. The mortality rates for non-Hispanic Black babies were much higher (10.62 deaths per 1,000 births) than for their non-Hispanic white peers (4.49), according to the CDC.

Summit County health officials say the goal is to reduce the mortality rate for all infants to six out of every 1,000 births.

"Infant mortality affects everyone," said Smith. "Babies are our future."

CORRECTION: An earlier version of this story misstated the rate of infant mortality in Summit County. We regret the error. 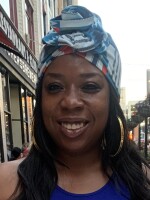 Tyisha Blade
Tyisha is a reporter/producer for Ideastream Public Media’s health team.
See stories by Tyisha Blade
Shopping for ACA health insurance? Here's what's new this year
There's finally been a fix to the "family glitch" that made marketplace health plans sometimes unaffordable. And although premiums are rising, subsidies are too, and more people are eligible.
Read more
Related Stories
More by this reporter