The Cleveland and Akron zoos have moved their birds indoors to protect them from the highly contagious avian flu.

The Akron Zoo says spring migration usually ends in June, and the zoo will keep checking case counts to decide when the birds can return to their outdoor habitats.

Joe Golgosky is an animal care manager at the Akron Zoo. He says the spread of the avian flu is increased while birds are migrating, and Ohio is at higher risk than other states.

“With spring migration starting to take place and a lot of birds moving through Ohio, we find ourself in two different migration paths. We have the Mississippi flyway and the Atlantic flyway, both of those flyways go right through Ohio,” Golgosky said.

He says no birds have been infected at the Akron Zoo, and most of the domesticated birds that died lived on farms. 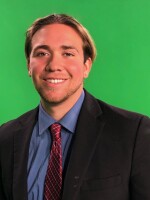 Chris Abreu
Chris Abreu is a junior journalism major with a broadcast focus at Kent State with plans to graduate in May 2023. He spent his years at Kent State being heavily involved in TV2 with positions as a reporter, producer, anchor, and even News Director. He has professional reporting experience while working in Cleveland through News Lab, a reporting initiative at the university. Chris hopes to graduate and work in some form of production whether that be content creation through reporting or producing a podcast.
See stories by Chris Abreu
Shopping for ACA health insurance? Here's what's new this year
There's finally been a fix to the "family glitch" that made marketplace health plans sometimes unaffordable. And although premiums are rising, subsidies are too, and more people are eligible.
Read more
More by this reporter
Related Content