Ohio Sen. Rob Portman is co-sponsoring a Senate bill protecting marriage equality, similar to the bill passed by the U.S. House of representatives in a 267-157 vote Tuesday.

Urgency to pass the bill, which repeals a 1996 law defining marriage as only between a man and a woman, comes amid concern among LGBTQ advocates that the U.S. Supreme Court could strike down the 2015 Obergefell v. Hodges case, which legalized same-sex marriage. The concerns arose after the court’s decision in June to overturn Roe v. Wade. In a concurring opinion, Justice Clarence Thomas said that the Supreme Court should review other significant cases, such as same-sex marriage.

Four Republican Ohio representatives — Mike Carey of Columbus, Dave Joyce of Chagrin Falls, Anthony Gonzalez of Rocky River, and Mike Turner of Dayton — voted for the House bill on Tuesday. Eight Ohio representatives voted against it. Jim Jordan, Republican of Urbana, was one of them. He criticized the bill as unnecessary and wrong.

Breaking with much of his party, Portman is now co-sponsoring the Senate bill aimed at protecting marriage equality. He is joined by Democrats Tammy Baldwin of Wisconsin and Dianne Feinstein of California, and Republican Susan Collins of Maine.

“I think this is an issue that many Americans, regardless of their political affiliation, feel has been resolved,” Portman said.

The senator, who is retiring at the end of this term, publicly changed his stance on same-sex marriage in 2013 after his son came out as gay to him and his wife. He had previously supported legislation to restrict same-sex couples. In 1999 he voted to forbid same-sex couples in Washington state from adopting children.

Portman said he is unsure whether there would be enough Republicans joining with Democrats to gain the 60 votes necessary to defeat the filibuster, according to Yahoo News. Some Republicans, including Sen. Thom Tillis of North Carolina, have expressed their support of the bill. Others, like Sen. Mitt Romney of Utah, have spoken out against it, saying it is unnecessary.

A Senate vote has not yet been scheduled. Citing a busy schedule, Senate leaders said it’s possible the vote will not happen this month. 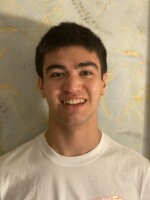