Family, friends, and some Central Ohio elected leaders gathered Friday afternoon for a funeral for Ma’Khia Bryant at First Church of God on Refugee Road. The 16-year-old was fatally shot by a Columbus Police officer April 20.

Police body cam video showed Bryant lunging with a knife toward another person. The shooting has raised many questions about police use of force.

Columbus Mayor Andrew Ginther joined with Congresswoman Joyce Beatty (D-Columbus) and other community leaders at the funeral. Beatty says the entire community including elected officials need to stand together to bring about justice for Bryant.

“Although there are no words that any of us can say or preach to bring her back, but hopefully it will give you a little ease of the sadness to know that we are saying her name,” Beatty said. "There's not enough apologies that we can give, as elected officials, as lawyers or even as clergy, because we are all in this together and we all must do better." 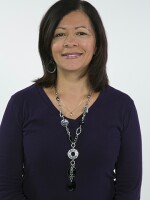 Debbie Holmes
Debbie Holmes began her career in broadcasting in Columbus after graduating from The Ohio State University. She left the Buckeye state to pursue a career in television news and worked as a reporter and anchor in Moline, Illinois and Memphis, Tennessee.
See stories by Debbie Holmes
Related Content