Governor Mike DeWine said he has received a resignation letter from Marcia Fudge, the Cleveland Congresswoman who had served the 11th Congressional District since 2008. She has been confirmed by the Senate as the Biden Administration's Secretary of Housing and Urban Development.

"We wish her all the best. It's great to have a Buckeye in the cabinet. We're very proud, and we wish you Madam Secretary all the best." DeWine said.

Because of Fudge's resignation, according to the Ohio code, DeWine has set a special election on November 2, 2021 to fill the seat. The primary will be held August 3, 2021.

During the governor’s weekly coronavirus briefing today, Secretary of State Frank LaRose congratulated Rep. Fudge, and explained why he chose the August and November dates for the election of her replacement.

“The Boards of Elections really begin [preparing] 100 days out before an election. It follows a very predictable schedule, and so it's good -- where possible -- to stick with that schedule and not deviate from it.

“Our team went in and looked at other options; if we were to sort of contort the timelines we could get it done maybe just a couple weeks sooner. It would have cost a lot of money because it would have had two off-cycle elections then. So that would have been costly for taxpayers to do that and also it would have been out-of-the-norm and not what people are accustomed to.

“In a year like 2021… I always remind people how important those local elections are. People tend to focus on, you know, elections for the White House, but [local] elections for the courthouse and the schoolhouse and City Hall really matter just as much.”

Fudge was elected in 2008 to fill out the term of the late Stephanie Tubbs-Jones. The area covered by the 11th district has been represented by Black Democrats for the past 52 years. 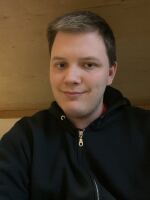 Zach McKnight
Zach McKnight is a senior Journalism major at Kent State University. Before interning at WKSU, he was involved with the Kent Stater and KentWired as a beat reporter and being involved as a video intern for the Kent State football team. After college, he hopes to go into the sports world as a reporter, writer, and potential photographer or announcer.
See stories by Zach McKnight

Kabir Bhatia
Kabir Bhatia joined WKSU as a Reporter/Producer and weekend host in 2010. He received his Bachelor's and Master's degrees from Kent State University. While a Kent student, Bhatia served as a WKSU student assistant, working in the newsroom and for production.
See stories by Kabir Bhatia
More by this reporter
Related Content