The debate continues over what comes next for Hudson’s historic high school building. The structure which was built in 1927 was added onto in the 1950’s, 60’s and 70’s and had been used more recently as the district’s middle school. The school building is expected to be decommissioned at the end of the current school year upon the completion of other school renovation projects.

A private developer has submitted a proposal in which it would preserve parts of the historic high school and incorporate it into condos. School Superintendent Phil Herman says they’re considering all of the options.

James Field, a member of Hudson's Board of Education, points out that while the association did submit a concept, it neither presented any financial information nor a commitment for funding. While the district says there has been community support for saving the 1927 building, the district did not have the $10 million that was estimated would be needed to preserve it. A committee studying options for the past three years had previously set a deadline of this summer for transferring the building to a new owner.

At this point, the district plans to demolish the newer sections of the building later this year.

This story has been updated to provide additional details about what comes next for Hudson's 1927 high school building. 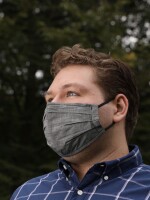 Terry Lee III
Terry Lee III is a junior at Kent State University. He is a lover of all arts and music. Lee previously worked as a reporter for The Kent Stater. Lee is currently working at The Burr Magazine as senior editor, and has two blogs.
See stories by Terry Lee III

Andrew Meyer
Andrew joined WKSU News in 2014. He oversees the daily operations of the WKSU news department and its reporters and hosts, coordinates daily coverage, and serves as editor. His commitment is to help foster reporting that marks the best of what public radio has to offer: a mix of first-rate journalism with great storytelling. His responsibilities also include long-term strategic planning for news coverage in Northeast Ohio that serves WKSU’s audience via on-air, online, by social media and through emerging technologies. Andrew also serves as a back-up local host for Morning Edition, Here and Now and All Things Considered.
See stories by Andrew Meyer
More by this reporter
Related Content