Changing the course of a river
For nearly 100 years, the Mahoning River was the dumping ground for the steel mills. But in the decades since the mills closed, the river has been recovering. Now people want to connect the river to the communities through which it flows. Can the river now help them remake the Mahoning Valley into a great place to live?

It’s a beautiful summer afternoon in Hillsville, Pennsylvania. I’m paddling my kayak downstream through gentle rapids. A thick forest of sycamore, maple and eastern cottonwood line each side of the riverbank, interrupted in some places by narrow beaches of rocks, shells and sea glass. In other places, the bank is so eroded the trees appear to be growing sideways, like they’re trying to create a canopy.

The river is too wide here for that to happen, but I wish it could. I could really use the shade. I’m sweating in my life jacket.

Once I’m through the rapids, I relax. I listen to the birds. And I remind myself – once again – where I am. My younger self would not have believed it.

Yes, the same Mahoning River that flowed past blast furnaces for nearly a century. At one time, it was the only surface water in Northeast Ohio deemed unfit for human contact.

The toxic remnants of steelmaking are still in its sediment. But here in rural Pennsylvania, nothing about this glistening river looks contaminated to me. These waters are enroute to join the Shenango River, where they form the Beaver River. The Beaver then flows into the Ohio, which eventually meets the mighty Mississippi.

I’m kayaking with Tom Smith today. He’s the board chair of the Friends of the Mahoning River. This stretch from Hillsville to Covert’s Crossing is one of his favorites. In some spots you can see clear to the riverbed.

“I got into this back in 2011 because a friend of mine took his kids out camping along the river, and I thought that was kind of a neat idea,” he said. “And I thought, well, I'll go and see what it looks like I've always heard it's a polluted pile of something you don't want. And I was just blown away.

“I couldn't believe that this asset to our community has been here all the time, and my 45 years I'd never seen it like this.”

I know exactly what he means.

I grew up near the Mahoning, in a suburb of Youngstown. I remember seeing the river from the Market Street Bridge, on the way to my grandparents’ house on the East Side. This river helped make the Mahoning Valley the second greatest steel-producing region in the country. The mills used river water to cool the steel and carry away their waste. But by the 1970s and 80s, the mills along the banks were shutting down. 50,000 jobs disappeared. The polluted river remained.

For most of my life in Youngstown, I wouldn’t dream of kayaking it – or even touching it. Bottles, plastic bags, and every other sort of trash pooled near the dams; much worse things lurked beneath the surface. Dead fish washed up on the bank. Scientists found tumors in the live ones.

“I couldn't believe that this asset to our community has been here all the time, and my 45 years I'd never seen it like this.”

Then, in 2021, I came across the Friends’ Facebook group. They are dedicated to making the river cleaner and safer for recreation. Smith is the board chair.

At first, I first doubted the group’s grip on reality. This is the Mahoning River, home of three-eyed fish and water that will melt your skin. OK, maybe it was never that bad, but those are the kinds of rumors I grew up hearing.

Even though the industries that once used the river are almost all gone, the dams built for them continue to trap toxins and keep fish from going upstream.

But maybe not for much longer.

The dams are coming down, one by one. It’s part of an effort to restore the river, and the communities through which it flows, both environmentally and economically. The Eastgate Regional Council of Governments is the organization responsible for coordinating the river restoration project.

“I think that what people remember the river being from when they were growing up, seeing industry, even dependent upon the generation, it doesn't matter,” said Stephanie Dyer, Eastgate’s environmental program manager. “What it's going to look like 5,10, 20 years from now – it’s just going to be mind-blowing. … It's really going to be transformational for this area.”

Can the Mahoning Valley really be reinvented through its river? What would that take? And what would it cost?

I’m wondering these questions every time I put my kayak into the river – and I’ve been asking the people who want to revitalize it, too. All of them have their own reasons for spending time on this river, just as I do.

Smith loves the Mahoning – and today I’ll get to see how much. We aren’t headed from Hillsville to Covert on a pleasure paddle. He might have work to do.

He heard about a possible strainer just past a stretch that paddlers call the Edinburg Rapids. A strainer is the boating term for any large obstruction in the water. Strainers can be dangerous because they let through water, but they can trap larger objects, like kayaks.

“Whenever we hear about these kinds of things, we try to get out if we can,” Smith said. “I got my chainsaw in the back of the kayak. And if this is a strainer that poses a risk to paddlers, we're going to try to take a shot at it if we can with the crew we have here today.”

The crew is Smith and Matt Gregg, who is on his second kayaking trip of the day. Gregg grew up near here and loved looking for arrowheads as a kid. During our trip, he mentions Indians a lot. His red kayak has a feather mounted on it.

About 30 minutes into our paddle, we see the strainer, a giant sycamore tree reaching all the way from the bank to a large island. The tree is big – and it has many branches reaching in multiple directions. Given the slippery mud on the bank and the dense forest, carrying our kayaks around the strainer on land would be difficult. Smith paddles as close as he can to check it out.

“Are you thinking of cutting something,” Gregg says.

“I think we can stand up in it but it’s all a matter if you got the time.”

Gregg has cleared many obstructions from the river over the years, but he doesn’t want to tackle this one.

“I got boots and pants on. … I’m not ready to jump in. It looks pretty deep.”

Smith decides to clear a passage on his own. He beaches his kayak on the muddy bank, removes his chainsaw from its plastic bag and wades into the river in his jeans.

The river is up to his thighs, then his waist, then his chest, but Smith keeps looking for the best branch to saw off. He picks a thick one near the bank. At first, it seems like he isn’t making progress. The current is strong. He braces himself against it, and he keeps taking breaks, so the chainsaw doesn’t overheat. When he finally does cut some branches loose, they keep getting stuck. I wade into the river myself to help free them.

After about an hour of sawing, Smith finally clears the passage.

We celebrate on our paddle through it, one by one.

Later, paddlers on the Friends Facebook page show their gratitude. “Thanks!” they write, and “Great job.” Smith, Gregg and the Friends don’t have a park service or a city department to take care of strainers and other hazards. What they do have is pride. The river would not be usable at the recreational level if they weren’t in it on a regular basis, taking care of it and inspiring others to do the same.

But how many are really enjoying the river now? In the three hours we spent paddling one of its most beautiful stretches, we didn’t pass any other paddlers. The Eastgate plan is ambitious; its coordination impressive given the Mahoning Valley’s history of civic distrust and political conflict. Removing dams won’t mean much unless people’s minds about the river change. And people won’t change their minds about the river unless they believe it’s safe to go into the water.

For this project, I’ll talk to officials, environmentalists and industry leaders, as well as more unofficial caretakers of the river. I’ll also take you along with me on the river, where we’ll paddle through history and into a hopeful, still uncertain future.

This project was possible because support from The Research Council of Kent State University. 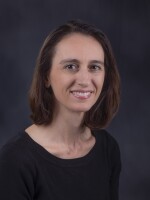 Jacqueline Marino
Jacqueline Marino is a journalist, editor and professor of journalism at Kent State University. Her work has appeared in The Washington Post, Cleveland Magazine, and the literary journal River Teeth, among other publications.
See stories by Jacqueline Marino