In Kalamazoo, Mich., last night, six people were killed in an hours-long shooting spree. Two others are injured. A 45-year-old man is in custody, and it's alleged that he picked up fares from Uber between shootings. Michigan Public Radio's Rick Pluta is in Kalamazoo, and he joins us now. Rick, thanks for speaking with us.

MARTIN: So what happened last night?

PLUTA: Well, starting at about 6 p.m., police believe a man they've identified as Jason Brian Dalton carried out a string of shootings driving around, picking people apparently at random and shooting them. People were shot at a car dealership, the parking lot of a Cracker Barrel restaurant and an apartment complex.

MARTIN: Tell us this connection to Uber. Is that his primary employment? Did he primarily work as an Uber driver?

PLUTA: Uber has released a statement confirming that Dalton was in fact a driver, and that he did pass Uber's background check. He has worked in the past as an insurance adjuster, so we're not exactly sure where Uber fits in to - you know, whether or not that's his primary source of income. We do know that he is also an amateur car tinkerer. He liked to repair and restore cars.

MARTIN: What do the police say, or what do they think the motive was?

PLUTA: We have no idea what the motive is and whether or not there is a connection between the shooter and the victims. Right now, they believe that the victims were simply chosen at random. This is Kalamazoo County prosecutor Jeffrey Getting.

PLUTA: So just one shooter, just one suspect. And Jason Brian Dalton is expected to be arraigned tomorrow.

MARTIN: Rick, I understand that you also had an opportunity to speak to neighbors of the suspect, Jason Brian Dalton. What did you learn from them?

PLUTA: Like I said - is that his one passion seemed to be working on cars. They say that this was a complete surprise. The word shocked was used, and not something that they would expect if, in fact, it is Dalton. One neighbor did say Dalton bought a gun a few years ago after someone tried to break into his workshop and occasionally, he would fire a shot or two into the ground if he thought prowlers were around.

MARTIN: Before we let you go, Rick, there are reports, as I said earlier, that the suspect may have been giving people Uber rides between attacks. Has Uber said anything about this?

PLUTA: Uber has confirmed that Dalton was a driver who picked up fares using the Uber service. And we do have one person who said that the group that he was part of actually took a ride with Dalton, and this was happening as the shootings were underway.

MARTIN: That's Rick Pluta from Michigan Public Radio. Rick, thanks so much for speaking with us.

Michel Martin
Michel Martin is the weekend host of All Things Considered, where she draws on her deep reporting and interviewing experience to dig in to the week's news. Outside the studio, she has also hosted "Michel Martin: Going There," an ambitious live event series in collaboration with Member Stations.
See stories by Michel Martin 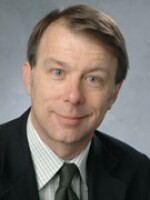